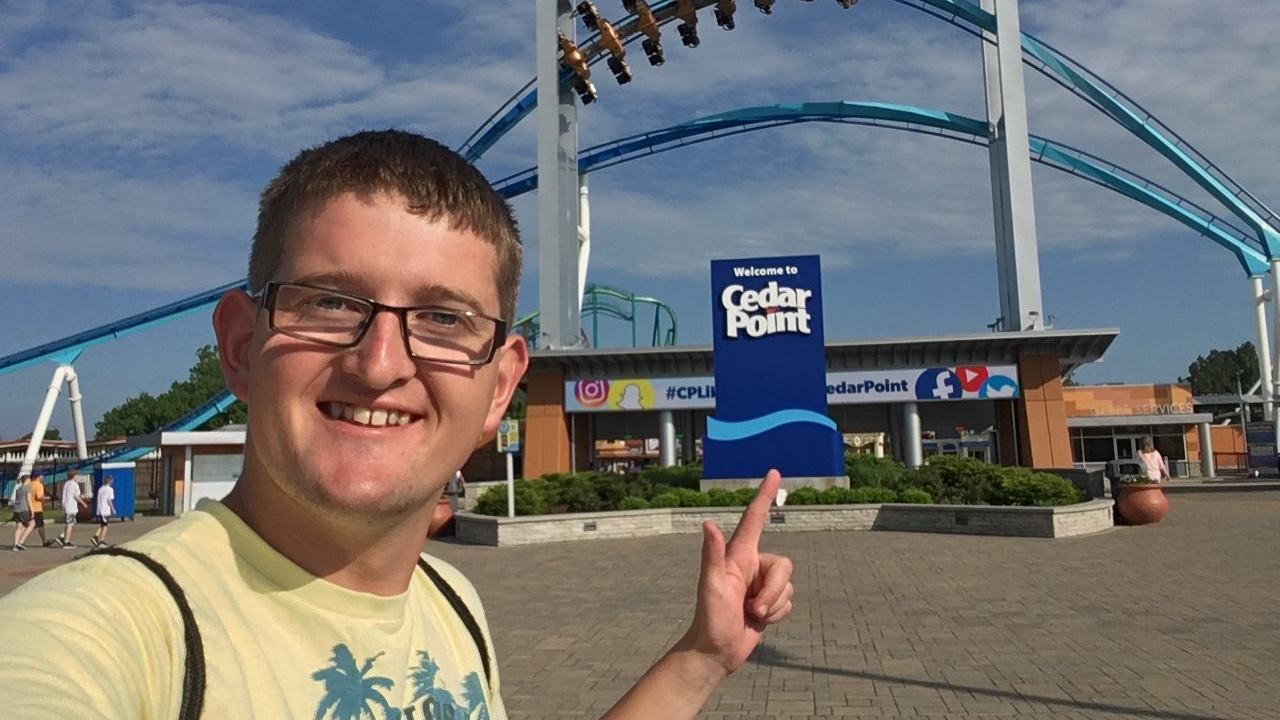 Shawn had his first YouTube channel (Sanbrooke Production) in 2008 and ran it up to 2011. In 2011, he felt the need to change the feel of the YouTube channel, so he decided to start all over again by creating his current and main YouTube channel (Theme Park Worldwide).

This YouTube star enjoys travelling in theme parks all over the world and shooting videos for his channel. He says that he is always looking for new places to visit and experience. Shawn uses Sony AX53 as the main camcorder to shoot his videos and Go Pro Hero 8 for ride POVs.

How Old is Shawn Sanbrooke?

Shawn was born on 12th May 1993, so he is currently 28. His star sign is Taurus. Lily of The Valley & Hawthorn is his birth flower.

What is Shawn Sanbrooke Famous for?

Shawn is famous for creating Theme Parks content on his ‘Theme Park Worldwide’ YouTube channel. He created the channel on 8th Dec 2011. Currently, the channel has gathered 129M+ views.

The channel is perfectly packed with content, which is mainly ride and off ride videos, shows and theme parks complete experiences footages, park opening videos, vlogs showing various attractions worldwide, etc. He has visited parks in the UK, Europe, the USA and Asia.

Shawn says that the content he filmed in Asia in 2017 is his favourite in the channel since it made him experience an entirely different culture. His favourite roller coaster is Steel Vengeance at Cedar Point.

Shawn has brought so many theme park enthusiasts to his YouTube channel, a thing that makes his content alive, upload after upload. What really makes the YouTube channel outstanding is that the theme park videos show a full-day experience and not just one show or attraction.

In 2020, Shawn announced that he would produce a Best of Great Britain series. He intended to visit as many theme parks as possible in the UK, but this has not been accomplished due to the pandemic.

In his YouTube career, Shawn is usually associated with Robb Alvey, the captain of Theme Park Review YouTube channel.

Other than YouTube, Shawn is also into charitable events. He is, for example, known for creating the Vicarage Drive Christmas Lights Display. The display featured 3000+ Christmas lights. This was a seasonal house display (run up to 2013) that was done to raise money for Staffordshire Air Ambulance.

In collaboration with Alex Crump and Harry Corden (both vloggers), Shawn produced a scare walkthrough called The Big Day at the Heath Community Centre, Uttoxeter. The project was done under the brand East Midland Attraction Company.

Who is Shawn Sanbrooke’s Girlfriend?

Shawn’s girlfriend is Charlotte. She has appeared on his social media.

Where is Shawn Sanbrooke from?

Shawn is from England and is currently based in Staffordshire living in his own house. He has a garden shed in his home, called The World of Theme Parks, where he stores most of his theme park collectibles.

What is Shawn Sanbrooke Net Worth?