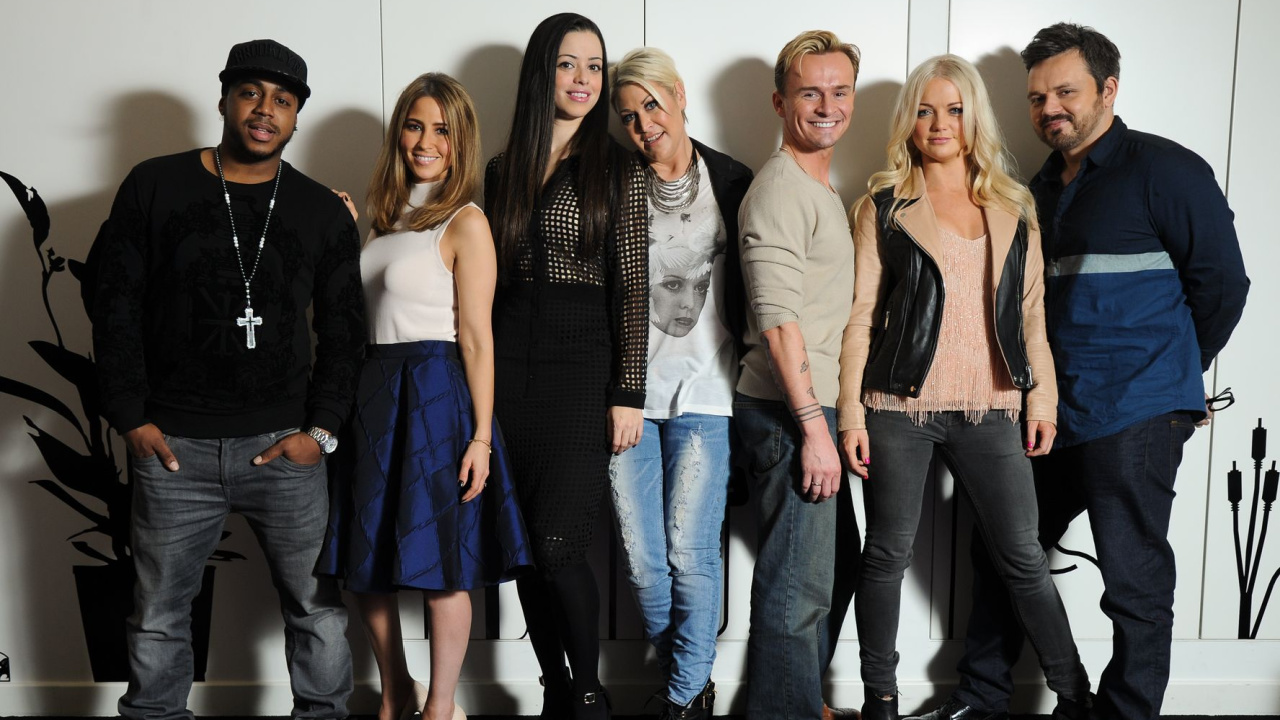 S Club 7 Members Net Worth and Where they are now

Back in the late 90s and early 00s, the S Club 7 were a prominent group. They had a chart-topping album and four #1 singles. Jo O’Meara, Hannah Spearritt, Paul Cattermole, Tina Barrett, Jon Lee, Rachel Stevens and Bradley McIntosh had many fans. For over five years, S Club 7 was at the top, with over 10 million albums sold worldwide.

Great hits such as “Never Had A Dream Come True, “Have You Ever,” and “Don’t Stop Movin’” were top bangers. They even helped spawn a teenage band, S Club Juniors. Formed by Simon Fuller, former Spice Girls manager, S Club 7 members went on to star in their own TV series. They played fictionalized versions of themselves. The TV series had over 90 million viewers in over 100 countries.

Despite their chart-topping singles and albums plus over 10 million album sales, the former band members did not earn much.

At the time, Hannah was just 18 years old when S Club 7 became an instant hit. She continued, “I used the money to buy my first house with Paul Cattermole [a former bandmate and ex-boyfriend]. The house had three bedrooms, kitchen, bathroom, lounge, and toilet downstairs. We (Hannah and Paul) paid £375,000 but then sold the house for £475,000 after three years.”

Hannah currently lives in Richmond, and she still insists that buying the house back then was her best financial decision. In fact, she attributes her financial decision to her dad’s guidance. In 2008, Hannah bought a Richmond house for £665,000. It has three floors and a terrace. The house is now worth £1.1 million after she converted the attic.

The singer turned actress made another smart decision back when she was 21. She set up a pension and also receives royalties regularly. She said, “You might get 57p to a couple of thousands. It really depends on DVD sales. I cannot rely on it, but when it comes, it’s a bonus.”

Currently, her net worth is £1,016million. When the band folded, Hannah appeared in Agent Cody Bank 2 and one of the Chucky movies. She also starred in ITV’s dinosaur series, Primeval. She met Andrew Potts – Lee and dated for five years. Despite getting engaged to co-star Andrew, things didn’t work out. She also appeared in Casualty as Mercedes Christie and EastEnders as Kandice, Karen Taylor’s little sister.

Paul Cattermole found stardom in the 90s with S Club 7 band. As one-seventh of the famous band, he became a band member in 1999 after Simon Muller’s 19 Entertainment spotted him and asked to audition. Formerly a National Youth Music Theatre member, he studied a theatre and acting course at the Mountview Drama School.

While at National Youth Centre, Paul Cattermole met Hannah Spearrit and they started dating in 2001, a year before leaving the band. The duo kept their romance a secret for six months. They split in 2005 then got back together in 2015 after S Club 7’s 2014 reunion. However, two months later, they split again.

In 2002, Paul Cattermole quit S Club 7 because he wanted to go back to his rock roots. After leaving the band, Paul Cattermole found it challenging to make money from his solo projects and the band. A source told The Sun “Both Paul and Jo have found it especially tough financially after the band split up. As band members, they did not make a great deal of money, and their solo projects did not turn out profitable.”

In 2018, Paul put his Brit Award for Best British Breakthrough Act Up for auction on eBay. The award closed at £66,100, but the potential buyer failed to pay him. This forced him to put the award up for sale on eBay again. The singer was sad about the failed deal and told his fans, “the guy was a total time waster. He just wanted to wreck my sale.”

By 2015, Paul was bankrupt and contacted Strictly Come Dancing producers for a spot on the show. He appeared on Channel 4’s First Dates Hotels in 2019, which thrilled his fans. Today, Paul is still involved in music and uploads new songs to his Soundcloud page.

Rachel Stevens was just 19 years old when she became a member of the S Club 7 band. Immediately, fans branded her the “hot one.” She also became a magazine favourite and sold 16 million records before the S Club 7 band split in 2003.

Back then, the London born star was famous for her music career and her romance with Jeremy Edwards, a Holby City actor. Their relationship moved fast, and on Valentine 2002, Jeremy popped the question after 18 months of dating. At the time, they were having dinner at London’s swish hotel, The Dorchester.

Rachel fancied Jeremy Edwards immediately she saw him as Kurt Benson in Hollyoaks. When Jeremy popped the question, she said yes. The then 23-year-old star gushed, “I really did not have a clue that Jeremy was going to propose…We are both so happy.”

Due to her demanding schedule with S Club 7, there was little time to plan the wedding. Things went south in Jeremy’s life after the tragic death of Laura Sadler, his Holby co-star.

Laura plunged 40ft to her death from a balcony. She was watching the sunrise at her boyfriend’s apartment in Holland Park, London. The Holby star sustained massive head injuries and died five days later in the hospital. This left Jeremy bereft.

He told the BBC, “Everybody in the Holby cast is completely devastated and is asking the same question, Why her?… She was just the loveliest little thing.” Jeremy turned to drinking, which put a strain on their relationship with Rachel.

He told Heat, “It was a tough time for me. After the death of Laura, I got really messed up. I was drinking a lot and got depressed… Sadly, Rachel got caught up in my mess.” In 2004, Rachel and Jeremy parted ways. Two years later, Rachel disappeared from the spotlight.

She resurfaced in 2008 to compete in Strictly Come Dancing and married Alex Bourne the following year in a lavish wedding. The couple has two daughters and lives in a detached North London home. Her net worth is £2.17 Million.

Bradley McIntosh was born to Jamaican parents in South London on 8th August 1981. His parents were members of The Cool Notes, an 80s pop-funk group.

After his S Club 7 stint, Bradley joined Upper Street, another band composed of boyband members – Dane Bowers, Danny Wood, and Jimmy Constable. They were from New Kids on The Block. The group formed via Totally Boyband, an MTV reality series. Sadly, the band split up soon after releasing their only song, “The One,” in 2006.

He later became a member of S Club 3, a spinoff group alongside Jo O’Meara and Tina Barret. The band released only one single, Family. They later performed alongside their former bandmate Paul Cattermole across the UK. Today, he writes and produces music for artists including Sugababe Mutya Buena and JLS. In 2017, he was part of Big Brother’s UK discussion panel.

He’s starred in many TV shows such as Miami 7, LA 7, Hollywood 7, S Club Search, Viva S Club and Totally Boyband. Bradley appeared in movies such as Back to the ’50s, Boyfriends and Birthdays, Seeing Double and others.

Bradley also owns Citi Boy Entertainment, a production company. He has a son, Kairo, who frequently makes appearances on his social media pages. Bradley posts pictures of Kairo on his Instagram page and often call’s him his “Lil munchkin” and “little chubby cheeks.”

He also starred on Celebrity Sport Relief, a TV show where he lost a boxing match against Jack Osbourne. Now 39 years old, Bradley McIntosh promised new music in 2021 with Tina Barret, his former bandmate. He has a net worth of £1.01 Million.

Jo O’Meara started her singing career as a cabaret singer under the name Joanna London. She began auditioning for bands and became a lead singer in 2-4 Family, a German band. While in the band, Jo O’Meara released “Stay.” The single peaked at #8 in the German Singles Charts. Following the success of the single, Jo left the band.

She joined S Club 7, and together with her bandmates, she released chart-topping singles such as “Bring It All Back” and “Reach.”

After the group disbanded, Jo’s first solo was the Every Kinda People cover. It included a bonus track – Seeing Double – from S Club’s last album. Following the separation of the band, the single got cancelled. Jo signed with Simon Fuller, S Club 7’s former manager alongside Rachel Stevens, but she took a hiatus from music to recover from a back condition.

In 2006, she signed with Sanctuary Records and debuted a new single, “What Hurts The Most”, released in 2005 with her album “Relentless.” She left the label in the same year and filed for bankruptcy. Jo participated in “Just The Two Of Us” and partnered with Chris Fountain. The pair finished third in the competition.

A year later, Jo was struck by a bottle while performing with S Club former bandmates – Paul and Bradley – in Bradford. She suffered a head wound and rushed to the hospital.

In 2008, Jo informed the Daily Mail that she was six months pregnant. She gave birth in May 2008 to a baby boy. Following the birth of Lenny, she joined former bandmates – Paul and Bradley – to perform S Club Classics at pride events, clubs and university festivals. In 2012, she recorded “In a Broken Dream” with The Popes and released it on their album “New Church.”

She recently gave an update of her upcoming album while posing in front of a series of gold discs. She wrote on Instagram, “It’s going on at the studio… Bring on 2021!” Jo O’Meara has a net worth of £5.8 million.

Tina Barrett is a London based singer, actress, dancer and songwriter. Born in September 1976, she and her friends, Sabrina Washington and Alesha Dixon, formed a singing trio, Face2Face. She later left the group to join S Club 7 while Alesha and Sabrina started Mis-Teeq.

She rose to fame as an S Club 7 band member until 2003, when they split up. She joined S Club 3 with Bradley McIntosh and Jo O’Meara. Tina started dating Paul Cashmore, Channel’s Hunted star, but they later ended their relationship six years later in 2019.

She said, “Walking away from the relationship was hard. It felt like my whole world caved in.” Paul started dating Hunted co-star Jill Mellow while Tina focused on raising Roman, her son. She faced more heartache after her breakup when her dad, Edward, died from a stroke. But she soldiered on to release solo singles, including Private Dance Instructor.

Tina moved into her family home to support her mum, Cheryl. Recently, she gave her fans a tour of her stunning home, complete with a huge champagne cooler. The home has marble walls for the kitchen and pendant ceiling lights. Her living room has a comfy leather couch, cosy fireplace and simple shelving.

As the youngest member of S Club 7, Jon Lee auditioned and joined the band. After the group split, Jon Lee took the role of Marius in Les Miserables. He stayed until 2005 and took another role in Love Shack alongside Noel Sullivan from Hear’Say and Faye Tozer of Steps fame.

He later featured in the musical “Tomorrow Morning” and starred in other musicals such as Peter Pan, Cinderella, Jersey Boys and others. In addition, he appeared in several films and TV shows such as Casualty, Famous 5- On the Case and more.

In 2008, Jon recorded a single – I Want To Reach the Stars – for the tribute album – Act One. He went on to release his debut album – Fallen Angel – in 2013. The 39-year-old, who has a net worth of £5 million, attempted to find love on Dinner Date, a reality show to the surprise of several shocked singles.

Today, he is the co-owner of Reach Entertainment.