Hundreds of anxious householders swamped ­newsdesks with calls about dodgy tumble dryers they fear could burst into flames at any time.

And among them was a former ­Whirlpool helpline worker who said she quit her job as she could not face fobbing off customers any longer after being ordered to tell them the machines are safe – despite fire chiefs warning against their use.

The woman, whose identity the media are protecting, spoke after it was revealed hundreds of house fires across Britain, two of them fatal, have been linked to faulty tumble dryers.

She worked alongside 200 at the Sitel call centre in Newcastle. 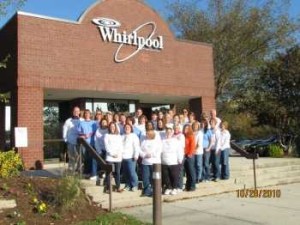 The whistleblower said: “It’s absolutely disgraceful the way they are treating people and the lies they are telling. I couldn’t take it any more. We have to say the machines are safe to use as long as you don’t leave them unattended.

“People have been kicking off and calling up crying. All we are told to do is read off a script and say they are safe. We have old people calling who just want to know if their machine is safe.

“If one is smoking, customers are supposed to get a call back within 48 hours, but we just weren’t getting back to them. People just want these things out of their homes. They should be replacing them but instead they are selling them a discounted replacement. They are exploiting ­vulnerable, desperate people.”

Whirlpool own Hotpoint, Creda and Indesit machines. More than five million of the dryers have been sold over the past 11 years – but the manufacturer, which bought the brands in 2014, alerted the public to the fault only last November.

It has not issued a product recall and is refusing to fully refund customers, who fear they are saddled with potentially deadly units. The machines are liable to burst into flames when excess fluff comes into contact with the heating element. Instead the firm is offering to send an engineer to correct the fault or sell customers a replacement model at the discounted rates of £59 or £99.

Many customers claim they have been unable to get through to the helpline and have been waiting months for a repair or replacement since the alert.

The whistleblower added: “The firm is saying there’s a 10-week wait but that is only to book an appointment. Then customers wait six or seven months for the engineer to come out to them.”.